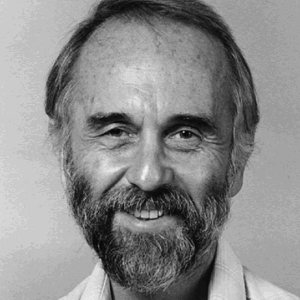 Schwabe, as a veterinarian, is sadly unknown to most physicians. This should be rectified. He is considered the “father of modern epidemiology.” In a career that spanned 52 years, he made crucial and astute linkages between animal health, human health, and the environment. Current healthcare providers would benefit greatly from his perspective of these interrelationships.

For ten years (1956- 1966) he was on the faculty at the American University of Beirut. His research focused on parasitic zoonoses, including hydatid disease which was (and remains) endemic in the mideast. In 1966, Schwabe returned to the United States and was one of the founding members of the University of California Davis veterinary school. He established the Department of Epidemiology and Preventive Medicine – the first such department in a veterinary school in the world. The program offered the first graduate degree in preventive veterinary medicine and is a model replicated at numerous other veterinary schools. 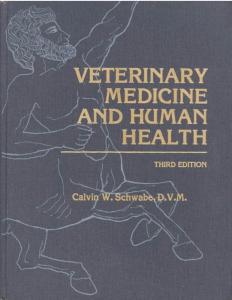 He first published his seminal work, Veterinary Medicine and Human Health, in 1969. Though animal and human medicine was historically seen as united until modern times, it was Schwabe and his textbook that revived the view that veterinarians, physicians (and public health workers) are all toiling at the same task.

I was introduced to Schwabe and Veterinary Medicine and Human Health, by Dr. Marguerite Pappaioanou when she was faculty at the University of Minnesota’s School of Public Health. Marguerite is one of many pupils of Schwabe who are now leaders in public health, epidemiology, and veterinary medicine. Some ~12 years ago, I met Marguerite to discuss my interest in conservation medicine. In a conversation that remains a pivotal point in my educational career, she told me about Schwabe and the history of One Health. She showed me her copy of Vet Med & Human Health. I was thrilled. I was subsequently able to buy a used copy of the 3rd and final edition of the book (published in 1984). It remains one of my most valued science/ medicine texts.

Schwabe’s influences can be seen in burgeoning global One Health efforts. It is not a coincidence that the 3rd International One Health Congress starts on the anniversary of his birth.  One Health teaching programs are flourishing at veterinary schools and the One Health approach is pursued by governmental and non-governmental agencies working to improve quality of life globally. Unfortunately, physicians and medical schools have been slow to understand the value of the One Health model. I would hope that this oversight will be rectified.

In Memorium, University of California.